This is the second in a three part post.

If you have not done so already I recommend you first read yesterday’s post on the President’s proposed deficits. You will see why I am focusing on displaying proposed results rather than proposed changes.  I hope that today’s post drives home my point about the benefits of apples-to-apples comparisons of results without the distraction of the baseline/increase/decrease squabbling.

Here is yesterday’s deficit graph with a new line added in red for the Ryan budget. 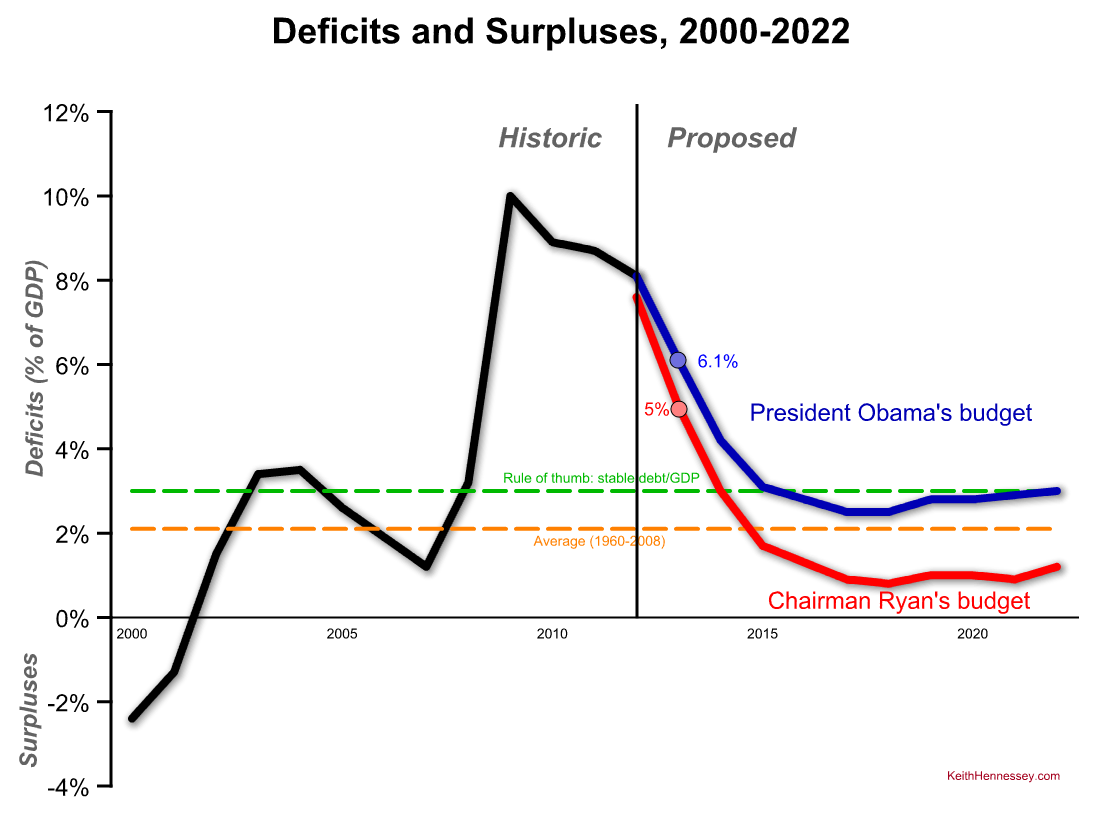 I won’t repeat yesterday’s explanation of the chart, which includes explanations of the green and orange lines.  The historic line is now black.  Now we can compare the President’s budget in blue to the Ryan budget in red.  As always, everything is measured relative to the economy (% of GDP).

We can do the same thing with debt. 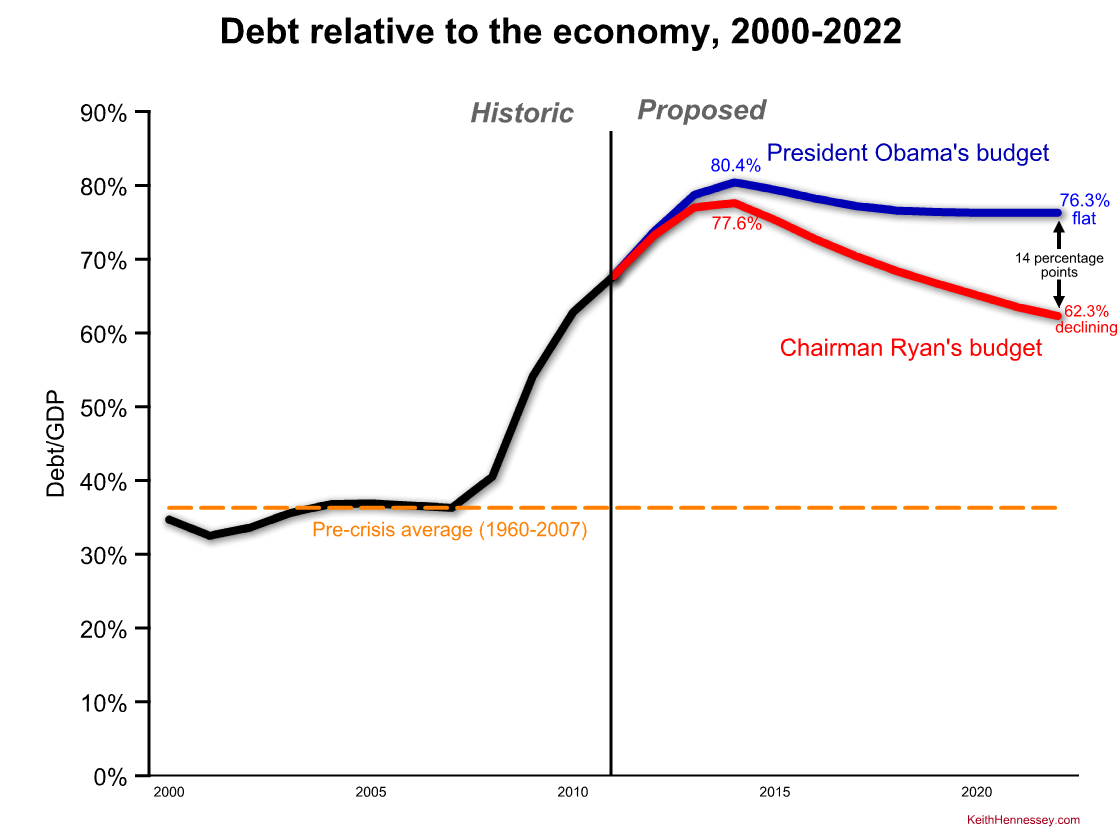 Again by focusing on results rather than changes relative to a disputed baseline, the comparison is quite easy:

Conclusion:  Over each year of the next decade the Ryan budget would result in lower deficits, less debt, and a better long-term debt trend than the President’s budget.

This deficit and debt comparison poses a strategic challenge to the President identical to one he faced last year.  In a separate post I explain this challenge and the President’s options.