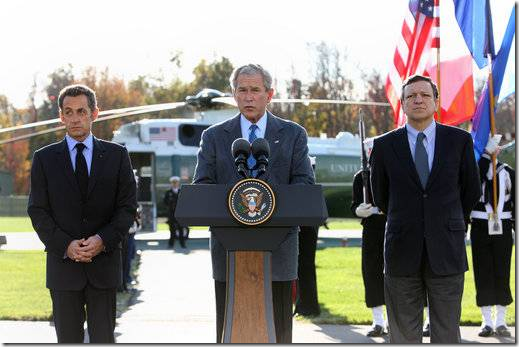 As you can see, the G-20 actually includes 19 States, plus the European Union. The meeting also included the heads of the major international financial institutions (IFIs, pronounced “IF-ees”): the International Monetary Fund (IMF), the World Bank, the U.N. Secretary General, and the Financial Stability Forum. In addition, the final summit meeting included the heads of Spain and […]