Comparing the Ryan and Obama budgets

House Budget Committee Chairman Paul Ryan released his proposed budget plan yesterday. This will be the focal point of America’s fiscal policy debate for at least the next two years, so I’m going to write about it quite a bit. Today I’ll start by showing you the macro fiscal picture, and by comparing Chairman Ryan’s budget to President Obama’s. Since most people don’t enjoy a good table of numbers as much as I do, we’ll compare them visually.

We’ll look at the short-term first, then the long-term.

Let’s begin by comparing the short-term deficit effects of the two proposals. On each of the following graphs, solid lines represents Chairman Ryan’s budget and dashed lines represents President Obama’s budget. Spending will always be in red, taxes in blue, and deficits and debt in yellow. Everything is measured as share of the economy. As always, you can click on any graph to see a larger version. 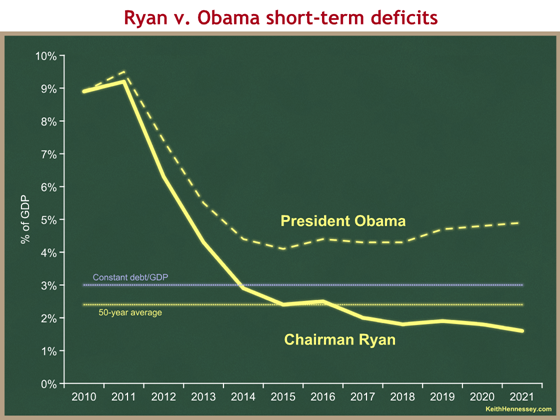 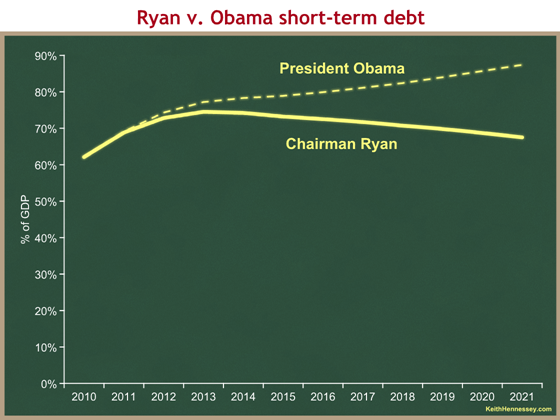 Deficits and debt are critically important metrics of any budget proposal, but by themselves they provide an incomplete and therefore inadequate picture. We can learn a lot by disaggregating the net deficit numbers into their gross spending and tax components. Let’s set aside the President’s proposal for a moment, and compare Chairman Ryan’s short-term spending and revenues to historic averages. 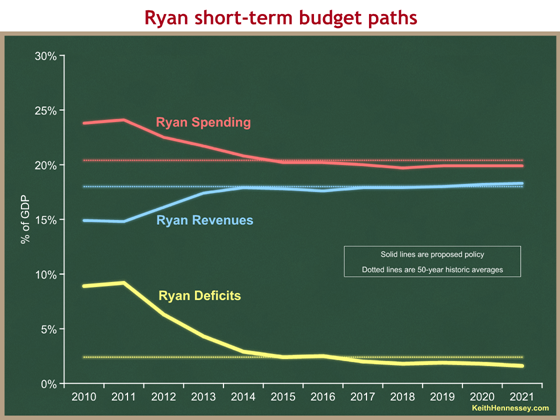 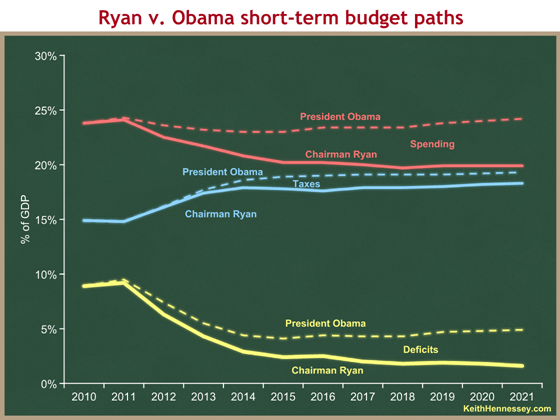 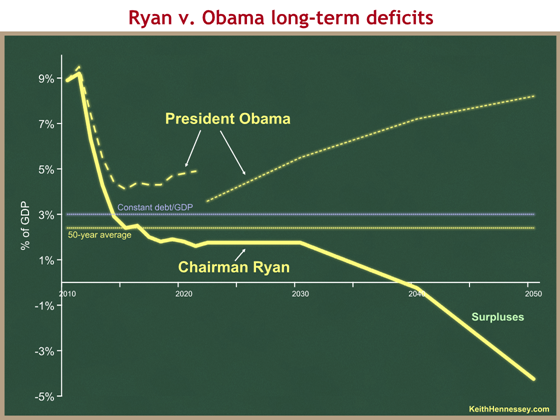 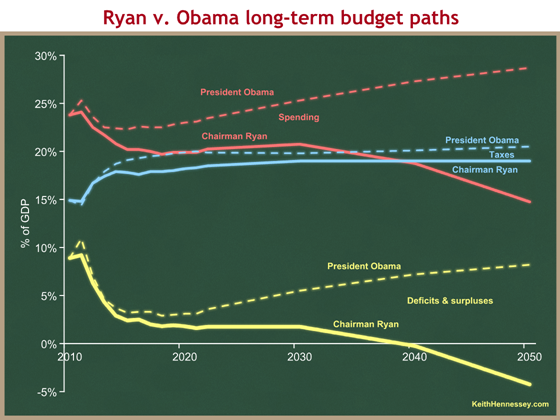 In these graphs I have shown you only the results of the Ryan budget. I have said nothing about what specific policy changes he proposes to achieve these results. I will write about these soon. In the meantime you can learn more about his proposal at the House Budget Committee website.