Today President Obama’s Council of Economic Advisers, chaired by Dr. Christina Romer, released the annual Economic Report of the President. The economic projections in the report and form the baseline for the President’s budget and all Administration policy making through the year.

We can learn a lot from these projections. I will focus on employment.

Here is a comparison of the historic unemployment rate, the Administration’s projection, and CBO’s projection. 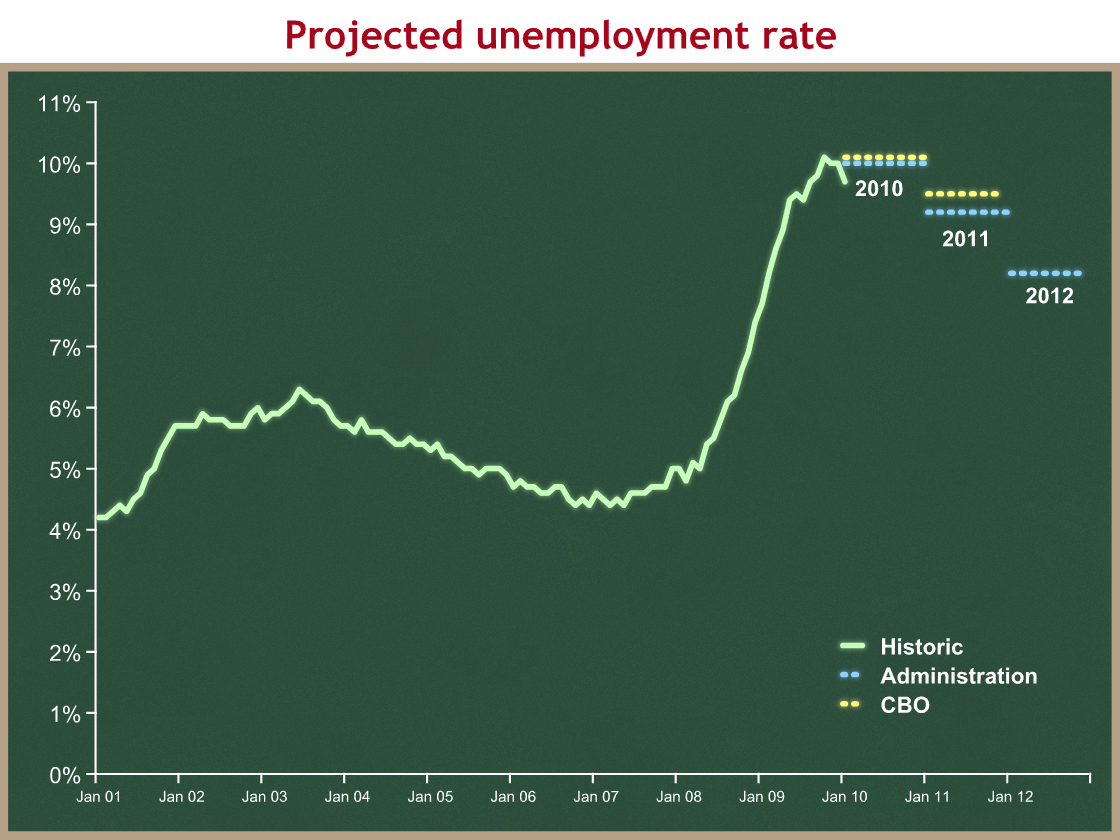 I need to make an important caveat: the Administration and CBO project average unemployment levels over each year. As an example, CEA projects unemployment in 2010 will average 10.0%, and CBO projects it will average 10.1%. Since I don’t have monthly data, I have graphed the average rate as if it were the rate for each month in the year. This is an inaccuracy in my graph and an oversimplification, but an unavoidable one given the limited data we have. It’s why the projections look like stair steps rather than smooth lines.

We know from other sources (including the text of the CEA report) that they project the rate will in fact roughly hold constant for 2010, so a downward slope probably begins in 2011.

Even with this oversimplification we can draw a few conclusions from this graph:

I think the second graph is even more interesting. I have loaded it up a bit. Click it for a bigger version. 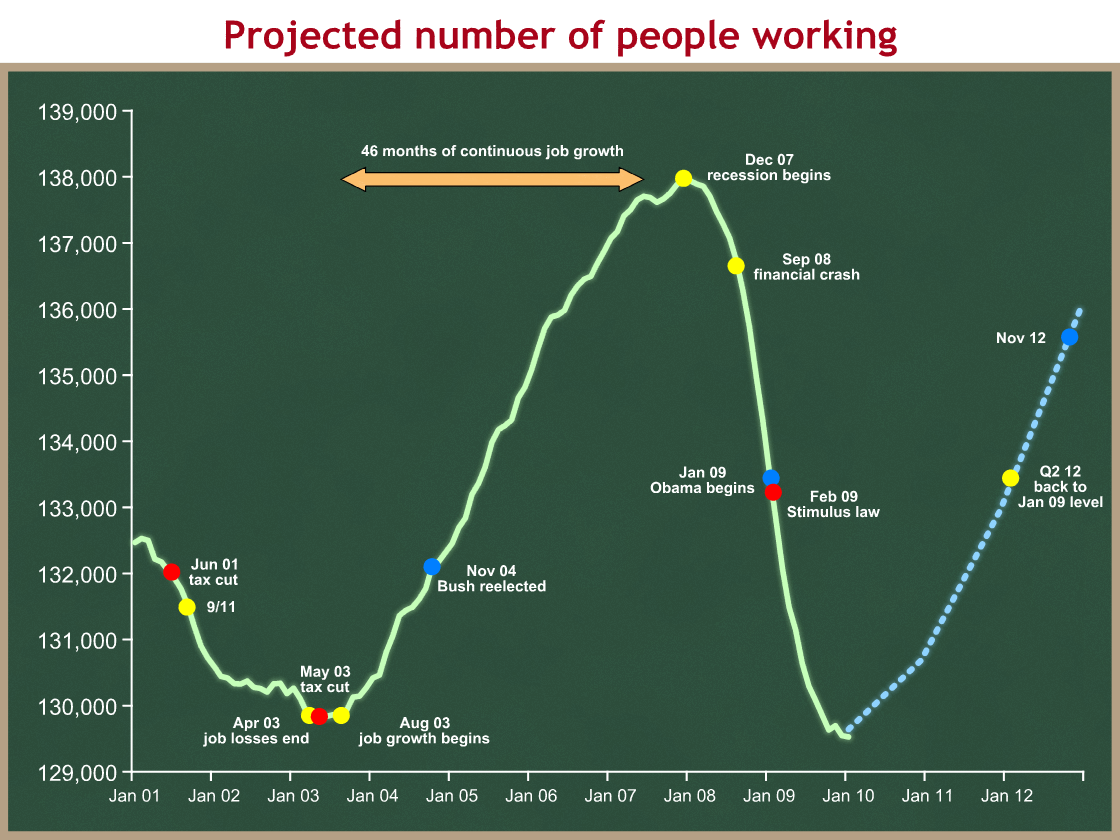 A similar caveat applies to this graph. The CEA report (table 2-3 on page 75) projects the average monthly change in the number of people working, averaged out over a calendar year. Lacking a more refined projection, I have assumed a constant monthly growth rate during each calendar year equal to that average. This is an unavoidable oversimplification and inaccuracy in my graph of their projection, but it’s the best that can be done with this data. If their projection holds the real world won’t look this smooth, but it will be sloped up like I have shown.

Example: CEA projects job growth in 2010 will average +95,000 jobs per month. I have graphed this as a straight line beginning in January, with each month 95,000 jobs higher than the prior one. CEA is not necessarily projecting such smooth growth, or even that it begins in any particular month in 2010. They do project average monthly employment growth of +95,000 net new jobs.

I have added some historic reference points to the graph. I think they tell an interesting story, beginning with the Bush Administration:

It’s also interesting to note that employment was almost precisely the same at the two Bush inaugurals. We lost jobs for 2 1/4 years, plateaued for five months, and grew rapidly for 1 3/4 years. This raises a political question: how important to reelection is the level of employment/unemployment rate, versus the direction and rate of change?

Turning to President Obama’s time in office and remembering the graph’s oversimplification, we can see:

The Administration has taken a lot of grief for missing the depth of the recession when they took over. I do not fault them for an inaccurate projection – these things have huge error margins, and to a large extent they are nothing more than educated guesses. Nobody knows what the economy will look like eighteen months from now. The Administration’s foul was rather in overselling their projections, and in particular the projected effects of the stimulus, to convince Members of Congress and the public to support their desired policy.