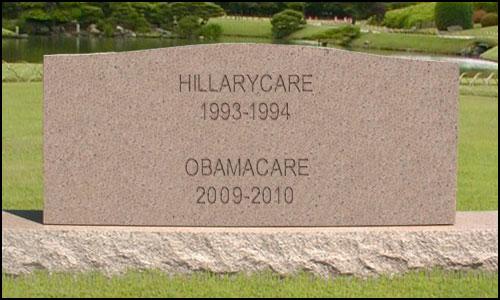 Yesterday I compared the comprehensive bill to Schrodinger’s cat: it was both alive and dead, and this uncertainty would be resolved only when we could see inside the box of the House Democratic Caucus.

Speaker Pelosi opened the box for us yesterday:

In its present form without any change, I don’t think it’s possible to pass the Senate bill in the House.

But the House folding and passing the Senate bill was the highest probability path to a signed comprehensive law. The path the Speaker is pursuing instead, of getting the Senate to act on a separate second bill, is too hard to execute logistically, substantively, and politically.

I am therefore updating my predictions once again, highlighting important changes over the past week in red:

I wrote yesterday that the bill is not dead until the Speaker says it’s dead. I think she in effect did so yesterday. Based on this development I have increased my prediction of collapse to 90%, and I believe the comprehensive bill is dead.

Let us examine each option in turn:

I can discern at least five viewpoints within the House Democratic caucus:

Press attention and outside liberal pressure are focused on whether those in group (1) can be moved into group (2). They appear to be ignoring those in groups (4) and (5), who I think are more important and an even harder sell. Even if House liberals all flipped to support the Senate-passed bill under pressure from the President and the Speaker, I cannot see how the Speaker convinces groups (4) and (5) to switch, with or without a second bill.

In addition it seems there is a House-Senate split among Democrats who want a comprehensive law. Some key Senate Democrats see what is to them a viable and reasonable path: the House should just pass the Senate-passed bill. This strategy conveniently means no Democratic Senator would need to vote again, post-Brown. The Speaker is pursuing a two bill strategy instead, while Team Obama is reportedly shopping the idea of bipartisan incremental bills. The Speaker, White House, and key Senate Democrats appear to be pulling in three different directions.

Team Obama’s public posture is to allow for a cooling off period before making decisions. I think they are repeating one of their key mistakes by failing to recognize that the bill’s prospects get worse with delay. Positions will have time to harden and Members will start boxing themselves in with public comments, beginning this weekend when they are back home with their constituents. As bad as the vote count is now, it will likely be worse a week from now if no game-changer intervenes.

I received about a dozen answers from knowledgeable insiders. Not a single person answered either question yes. This convinces me that the problem is not just about creating a process that finds a sweet spot between the House-passed and Senate-passed bill. Democratic leaders also need to rebuild political support for any comprehensive bill among scared Members and those with priorities other than health care.

Is it possible the President could rally Democrats over the next week to a unified position? Might House liberals conclude that the Senate bill is better than nothing? Might Senate Democrats have a change of heart and be willing to spend more floor time on a new health care reconciliation bill? Could the President rally Congressional Democrats with his State of the Union Address the way he did with his September speech? The past two weeks proves that anything is possible, so in theory yes on all four.

But the way things are trending, I wouldn’t bet on it.

I will write soon about the prospects for incremental health care reform legislation.