Saturday the Chief Actuary of Medicare & Medicaid, Rick Foster, released his estimate of the effects of the House-passed health care reform bill. His memo shows how H.R. 3962 would affect the number of people with different types of health insurance in the year 2019. I made a picture of the most interesting effects, grouping the newly covered people into private coverage vs. government coverage. As always, you can click on the graph for a larger version. 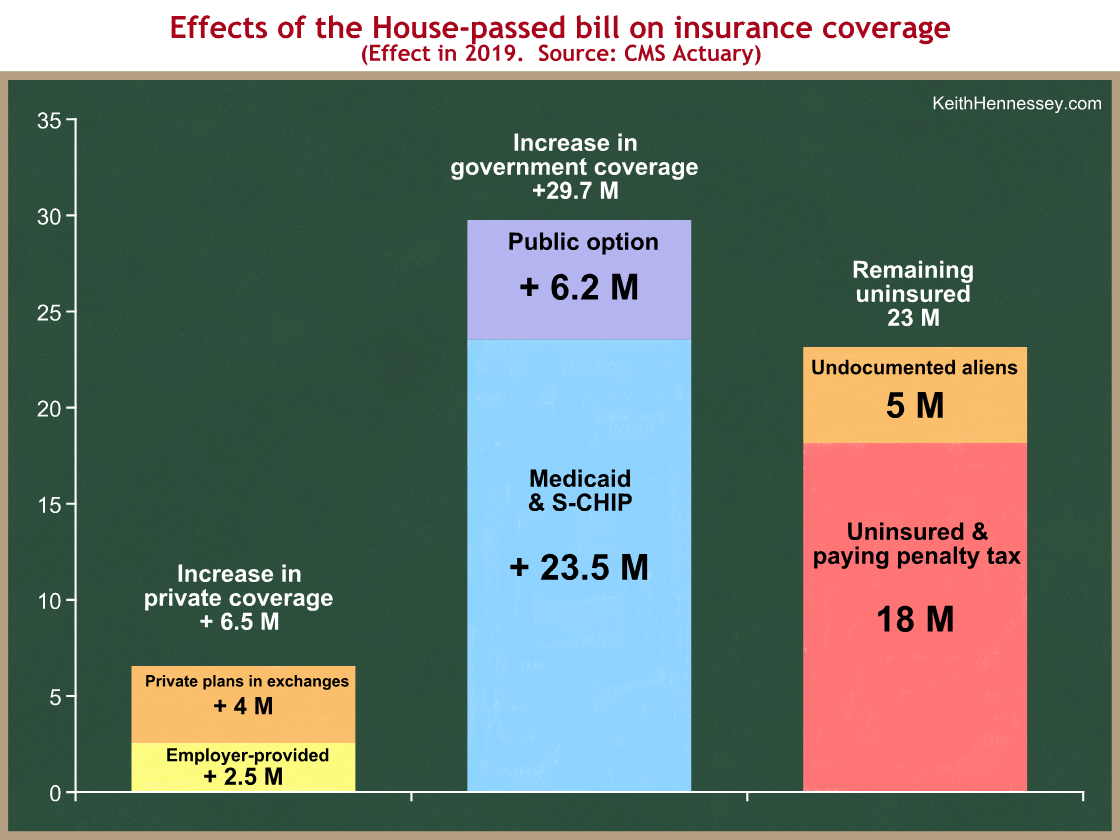 You can see that the largest effects of the House-passed bill on insurance coverage are:

Here is Foster on the 18 M uninsured:

For the most part, these would be individuals with relatively low health care expenses for whom the individual or family insurance premium would be significantly in excess of the penalty and their anticipated health benefit value. In other cases, as appears to happen under current law, some people would not enroll in their employer plans (or take advantage of the Exchange opportunities) even though it would be in their best financial interest to do so. (p. 7)

These 18 M people relatively healthy people would remain uninsured and would pay a tax that is equal to the lesser of 2.5% of their income (a version of modified AGI) or the average health insurance premium.

Source: All data are from the 2019 column of Table 2 of Foster’s memo. The +4 M is the net of +18.6 M who would enroll in a private plan through an exchange, minus 14.6 M who would no longer fall in the “other private insurance” category, almost all of whom are people who today buy their insurance on the individual market.